Skip to content
The composite character Daniela created by Georgia Melaris is nothing short of pure innovation. I\’ve written so much about Daniela and you know what? I will never stop promoting this novella.  I wanted you all to get a better idea who Georgia is, not only as a writer but a person, to comprehend her journey into Daniela has genuinely taken 18 years. How she completely underwent her own Franz Kafka Metamorphosis — however Georgia\’s was a beautiful one.  Can you believe the crylasis of ideas that contained Daniela, had been on this earth and completely unpublished until 2014? To me that is utterly BONKERS! The complexity of woven tails engrained throughout Daniela makes it an incredible read for people like me who devour books when they are relished. For more information on Daniela check out the Facebook page and join the group. And, most important of all to get all your grubby paws on Daniela check out the website — a better option over Amazon as the copies sold there have an option to be signed.
Rania M M Watts, Founder CCIQ Press
A Day In The Life Of A 999 Responder & Moonlighting Novelist! By Georgia Melaris
Being born in London, English is my first language. My parents are Greek Cypriot and so Greek is my second language, both of which I adore.
I grew up in London and went to a normal school and took normal lessons, as most of the children in the UK and then, in my twenty third year of my life, I moved to Cyprus. A country I love so much, with the warm weather and the endless sandy beaches, my life become a dream. I set up my home there and had two very happy sons. 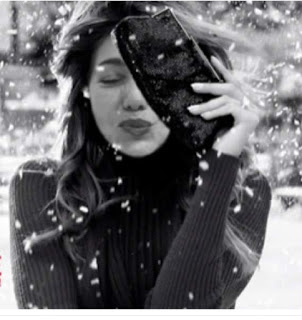 My career began in the beauty field, offering my clients treatments which included facials, body waxing and nail extensions. I went on to study further and took a nail course and qualified as a teacher. I was fortunate enough to have been the first nail technician in Cyprus allowing me to open my own successful Nail Academy and teach hundreds of other people the art of nail extensions. I bought my products from an American company who gave me sole distribution rights for Cyprus and Greece. I was also chosen by a German company to be one of five judges for an international nail competition which was held in Greece. And so, off I was flying to Greece to judge other therapists and their creative work. Being a judge I had to give a twenty minute lecture to over 400 participants, that was fun! All this was before the internet so things were a little different then. I had to talk about what we knew and I had a passion for my job so my lecture flowed and was one of the best. It was interesting and well presented because it was my passion as is my passion for writing.
My academy grew by the day, I was very busy with both students and clients and when one gives a nail treatment or a full body wax, it usually takes about an hour so as you can imagine, I had many one-to-ones with so many women. These women loved to talk about themselves and about their lives, sharing their most intimate moments and secrets. I developed a relationship with each and every one of them and they knew that I would never repeat anything they told me, well not to the other clients anyway.
But I had an amazing idea which I turned into a reality. My problem is I cannot read books as I get very bored very quickly. In fact I have only ever read one book and that was 79 Park Avenue written by Harold Robbins. That book got me from the very first page. I’m sure you can understand my frustration. Who has only ever read one book in their lives? So I decided to write a novel myself, one that cannot be dismissed or put down, a page turner shall we say. And from that moment on, Daniela was born, 1992.
I had all my stories handed to me on a plate, all by my loyal clients. Of course all the names and identities have been changed for obvious reasons, and if any of my clients should read Daniela, they can only say ‘Oh wow, I went through something like that.’ They would never know it was them I was writing about. I took a situation and changed it, only a little but it worked. In fact, so many readers from all over the globe tell me how they can relate to Daniela.
The first thing people ask me is if these stories are really mine and if I am using my fictional character, Daniela, to hide. No is my answer and that is the truth. Yes there are a few parts of the novel which I have taken from my family but not about me. None of the intimate scenes are mine and I will explain what I mean right now.
My father had a car accident when we were young and my mother decided not to tell us. Instead she took us to the hospital to see him only because she had no one to look after us and so she had to take us with her. In the car on the way, my little brother told us about a dream he had. He told us that he dreamt that my father had a car accident and that his face was covered in blood. When we got to the hospital we saw my father laying in the hospital bed and yes, he had had a car accident and his face was covered with blood, just like in his dream. I took that story and placed it in Chapter 22 only it was Alainna having a similar dream about her mother, not about a car accident and blood all over her face but of another situation. You can see how I have included it in my work. If my little brother was to read that scene, he may remember his dream and the journey to the hospital but he would never think that scene was about him. 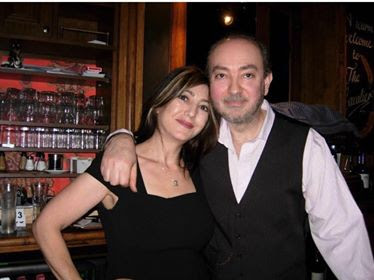 Another example is my elder brother went through a very traumatic illness when he was young. I have his permission by the way to say this so don’t worry, I\’m not letting out any secrets here, he knows what I am about to tell you. Anyway, he had virus meningitis when he was a young boy. In Chapter 26, one of my characters becomes very ill with the virus. I wrote that scene to the best of my memory but when I gave it to my brother to read, he said I had got it all wrong. He actually offered to rewrite that scene adding all the facts and pain and emotion he lived. That was so rewarding for me because as I said, Daniela is based on true life events and this event has been scribed by the person who suffered it and the scene is so clear and realistic. However, if he had not rewritten it for me and had read it from the pages in my novel, he would not know it was him I was writing about. He probably would have thought that it is written well and that he went through something like that, but he would not have known he was my inspiration for that scene.
That is how Daniela has evolved over the past eighteen years.
I moved back to London in 2012 and decided that now was the time to publish my work, although it only started out as an idea in 1992, it became real in 2014. I was holding my printed book in my hand and that is a moment I shall never forget. 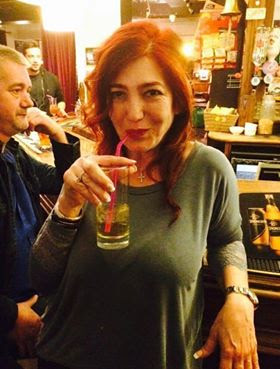 I was working in a pub then, running it with my elder brother and so between serving pints I was editing my novel. So excitedly, knowing that one day, I would be able to share my stories with other people. We even had a book launch in the large function area of the pub, actually I even included a scene of the pub.
Daniela is a fictional character who lives all the real experiences my clients have lived so that is how it is based on true life events. Real situations from real people. They all exist from the women to the men, even Alainna is real.
When we sold the pub, I found myself at a loose end. I had to do something with my life as I had so much energy. That is when the new chapter of my life began. I reinvented myself. I replied to a job advert which was asking for Emergency Care Assistants. I thought that meant helping medical staff, how wrong was I. During the interview I was told that should I complete my training successfully; I would be working on the ambulances attending to 999 emergency calls. Exciting stuff for sure and of course I passed my training with flying colours, even the driver training course which was the hardest thing I have ever had to do.
Here I am now, almost three years after applying for the job. I drive the ambulance like I stole it and I help save people’s lives. It is a dream job when everything goes smoothly. Of course we attend to some calls which unfortunately do not end well, but that is part of life. Life and death go hand in hand and there is nothing we can do if their time is up. However, we can try and that usually works. 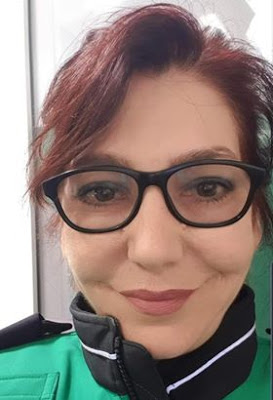 Now I am working on the front line and I continue to write in my down time and my days off. Daniela has been polished and slightly rewritten and is available as the 2020 Edited Edition and The Sequel is on its way. I am aiming to have it in my hand by October 2020. So you see, Daniela had become 18 years old before anyone had read it. In the meantime though, other authors, which I shall not name today, have published books which are of a sexual nature and have gone on to make films of their work. I congratulate them with all my heart. Daniela is not to be compared with such books as Daniela is a thrilling seductive romance, an erotic work of art, even if I say so myself as do my critics and the readers reviews. The difference is in the scenes and in the language I chose to use. I, as the author, have given the reader enough description for them to use their imagination as to what is going on. I don’t have to spell it out, the reader can see what is happening in their mind. I do not use crude words; I just give you a description and the rest is up to you. I enjoy playing with the reader too which is why Daniela is layered with story with a story. 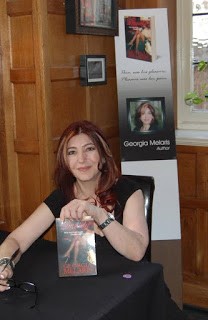 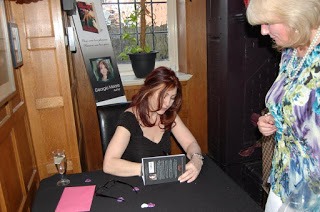 I am a very lucky girl as my brother is a genius and a filmmaker and so he has created for me and for Daniela a website and a mini promotional film to help the world get their hands on a copy of my novel and enjoy reading it as much as I have enjoyed writing it.

The website is www.DanielaTheNovel.com
Thank you for taking the time to read my life story in a few paragraphs.
Georgia Melaris