Skip to content
Demons, a factual aspect to all human beings, each one of us has to carry the weight of our own darkness.  However, it\’s what we do with our life when given the opportunity.  Do we skulk in the corner and allow our bile riddled existence play master & commander with our beings or do we FIGHT! And that is exactly what Paula Love Clark did with all her life experiences, that truly turned her world upside down and rightside up.  I\’ve known Paula for a short period of time, and am in complete awe of how she completely turned her life around and is now providing others — more specifically parents with tools to benefit in their current life.
I\’ve always had the mindset when I am in a hurt or upset mood, to do something nice for someone else. There is light synergy which travels from person, we can sense the pull to each other\’s and stories that breed true camaraderie.  Paula houses the same mindset which I so appreciate.  If you are struggling in life, it\’s ok, there is always a myriad of different paths open to us if we are not blinded by our fears.  Paula\’s blueprint will add that extra bit of confidence to the struggling soul that desires to survive.
For information on Paula\’s books I suggest you check out Amazon UK, Amazon US, Amazon Canada in addition to all other Amazon country allotments.
P.s. Before I forget — Paula also wrote a poetry book!
Life But Not As We Know It By Paula Love Clark

Let me take you back a bit before this moment. Before lockdown, before my profession as a Makeup Artist. Let me take you back to June 2017: three years ago. The year before I had gotten divorced from someone I had been with for 24 years. We had three beautiful children together. We dreamt, then shattered many joint and individual dreams. Two people who met young and shouldn\’t have stayed together and who built a life on sinking sand. No matter how we denied the inevitable, our love boat was always going to sink.
I believe in angels and spirits, God and a higher power. But I also know that monsters exist. Life it seems, is often like a game of Marvel characters – good versus evil. Sometimes the evil exists within us and we create our own self destruction. Other times it\’s an external force that infiltrates with a slimy, sticky sludge that permeates the nooks and crannies of even the most seemingly solid of structures.
Monster influences descended on my family big time. With the effect of a runny honey trickling through the cracks of our seemingly safe wall; it found its way in. Monsters come in all guises. Sometimes they wear masks and grimacing faces, so they are easily identifiable. Others are far more subtle and sweep away feet whilst giving the illusion that one is still standing. The latter type attacked our family with an insidious hunger. The weapons it used we could not fight with any weapon in our known armoury.  By mid 2017, we were engaged in a war. It wasn\’t a war we were ever going to win.
So why am I telling you this little tale? It\’s admittedly quite dark and mysterious and hardly bedtime reading. Why? Because it\’s real shit that happens to many people and that stuff happened to me and my family and almost destroyed us. Almost, but not quite… When I got back on my feet, got my head screwed back on and I threw away the victim rags I had grown accustomed to wearing, I decided to give back. I wrote a self help book. 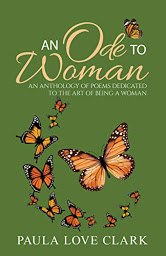 You see, the state of my mindset at the end of 2017, was like a dark horror movie. There were caves and halls, dungeons and darkness. Waves of anxiety crashed against thickset walls and there was no wood to be seen in the maze of trees. I couldn\’t see a light and wasn\’t sure there was a safe way out. By mid 2018, nothing I was doing was working, so in desperation, I threw up a prayer.
\’Help me God! I\’m stuck! I need help to get out of this place I have fallen into. Please send me someone to help me!\’
My cries up and out were heard and landed on the ears of a hospital patient a couple of months later. Yes, that\’s right, you read correctly – a hospital patient. Stay with me…it gets interesting from here on in I promise! This guy whom I\’d previously had very little contact with, was a Facebook connection who sent me positive posts every now and then. One day he messaged me one of these \’Have a great day!\’ posts and I responded back with a comment or quip. Remember, I wanted to be happy, but I really wasn\’t. I was also about to move house for the third time that year and was in serious debt and also experiencing the demise of two businesses!
The guy wasn\’t going anywhere. He\’d had a near death accident on his bike and was lying broken and recovering in his hospital bed, unable to walk nor talk. By his own admission, helping me to recover from my inner brokenness, was helping him recover from his accident – it gave him a purpose and a focus. We both needed each other. So I became this project. I responded. He gave me all his life coaching wisdom and I listened. I had so much work to do since my mindset was stuck in a negative, self destructive pattern. I literally had to flip my mindset on its head and learn a new way of thinking; a better way.
Three months into the work and by end of November 2018, I had almost re-gained the status and income I had enjoyed months before in my online business. I was a million miles away from the previous year when I lay broken and sobbing for hours on my kitchen floor.
Fast forward to May 2019 and I was a totally different person again. The previous year I had re-trained as a Makeup Artist and in less than a year, I had achieved relative success, with international make up work at Cannes, work appearing in six publications and was about to head out to Alicante for a fashion event, as well as achieve front cover of a top international fashion magazine. The future was looking bright.
One day, speaking to Richard Marchand, this angel life coach in the hospital bed, I asked him how I can repay him for helping me get my life back together.
\’Help others. And write a book. And when you do, remember me in it.\’ he replied.
\’Of course!\’ came back my reply with a nod to the never never!
Fast forward to March 2020. The world is thrown into lockdown darkness. A hiatus of work descends globally and suddenly, everything I had worked towards disappeared just like that. All that networking; all those highly paid projects lined up for months…gone. Zapped by an unforeseen global weapon; the ugliest and deadliest of all monsters. And this monster\’s biggest weapon was fear – the deadliest of weapons known to mankind.
I have a favourite quote that I often use and included in the book that I went on to write. It\’s by a philosopher called Epictetus,

So, as a single parent with dependent kids, debts shadowing me and no income except tax credits (I will mention at this point, that I am so grateful that I hadn\’t earned yet enough, to lose that benefit and thus have to apply for the lesser cousin Universal Tax Credits), I knew I had to respond. So I wrote a self help book. I also collated poems and illustrations and created a poetry book to boot. So in just one month during lockdown, I published not just one, but two books in two different genres. Two months on, I have more than covered all my costs and even made a little extra. It\’s income from here on in!

So that\’s why I wrote a self help book. To give back all the lessons, the tools, the tips, techniques and mindset flips that I had to learn to get to where I am today. It\’s all there, condensed into one, aesthetically beautiful book…. The 7 Traits of a Highly Successful Single Parent. The book, although having \’single parent\’ in the title, is for everyone and anyone who finds themselves needing a helping hand to get out of the difficult place they feel trapped in. A place I call \’Stuckville\’.
Want to leave that crazy town of monsters and inner carnage? Then grab onto my coat tails and get a copy of my book. It\’s on Amazon and the sister poetry book is An Ode to Woman – which actually appeals to both men and women, though strangely, it\’s the men who go on to buy extra copies for their friends and family.
If life has kicked ten tonnes of crap out of you, if you have had enough of curveballs swiping away your feet and you are so darn sick of making lemonade from those non stop lemons coming at you, then order yourself a copy of my book and teach yourself some new tricks. Remember…in Marvel, the good guys always win!