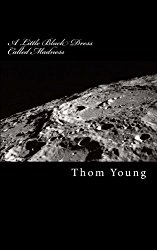 If you are familiar with independent poets on Amazon then you know of my next showcase. A poet who goes out of his way to create not only a sustainable body of work but one who has shown exceptional good humour and wit through his satirical writing. And I might add one whose books have reached the number one ranking on the Amazons poetry list.

Thom Young is a writer who does not fear subjects, the imagery in his work clearly exemplifies honest and forward thinking. Thom is a genuine provocateur of our time as he does write on a variety of different issues: social, political and if you ask me psychological terror (will explain that one in the next few paragraphs.)

Thom\’s recent books Vibe &  A Little Black Dress Called Madness Volume II are now available for purchase on Amazon.  I would like to invite you all to follow Thom via social media on Twitter & Instagram.

1.
humanity rarely works out.
people kill what they hate
about themselves in others
and then they move on and kill
the next. then the next.
then the next. they are born
then die. born then die. but
most arrive at the grave long
before they\’re underground. they
forget love isn\’t trash. that it
means something. we all want it.
we all need it. we all lose it.
we all know it. people only
want what they
never have. or can\’t get.
when they had it all 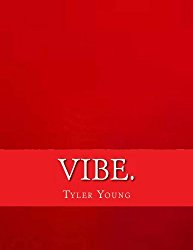 Poem number 1 reminds of something I learned during my philosophy class in first year university… a simple equation that no one can ever escape an infinite loop that disguises stories and expressions of humanity in one just line “man woman birth death infinity” over the years the general philosophical premise from this thought process has grown to incorporate various experiences and societal growth.

2.
drug her up the stairs
to my place, handful of fire red hair
she died earlier, i slit her throat
she smiled at me, propped her up
in front of the TV, \’Happy Days\’ was
on, the one with the Fonz jumped
the shark. I lit cigarette, then
put it in her mouth. we laughed,
she cried earlier begged for her
life, but you know I pretend
her voice was a sirens song, watch
out for the rocks, she stared with
doll glass eyes, as I heated up
a pot pie, dance for me death
my dear, later on I held her and
watched the stars you know they
never lie. it seems like a perfect
day.. these days are.. ahh ahh..
ahh..

The first time I read poem 2, I thought that I was going to nearly swallow my tongue because it had raised goosebumps on my arms. I am a HUGE fan of both Edgar Allan Poe and Dexter and this piece was given that extra bit of care when it came to the dash of psychological horror. I mean never in my wildest dreams would I\’ve had the image of dragging a woman upstairs — where Fonzy typically lives while watching Happy Days on television and being so casual about it —  as to light a cigarette. Macabre is one of the few words that come to mind — watch out Edgar someone is rooting for your horror mantle. In my humble opinion anyway.

3.
earth quakes
on lives, left over
minute chocolate brownie in
foil TV dinner, she took the
gun and blew him away, his
brains on the screen during
a commercial about vacations
to Mexico, she dreams of
sandy snow white beaches and
clear blue water where fish
swam back and forth, back
forth, but things rarely
work out, death comes one
way or the other but it
always comes like a lady
in a sundress, pull her dress
down and rape the world.

One aspect of Thom\’s poetry that I relish is that many of his pieces house dual meanings — where you have to take extra care to read between the lines. The imagery in poem number 3 alone speaks of quakes and rapes in the same poem makes so much sense on so many levels — especially when expressing how our earth has been over excessively been pillaged by our hands. Unfortunately our earth is dying a slow death — to be able to meander on such subjects forces the reader to a genuine sense of responsibility — to ponder such philosophies. I personally see the she referred to in this poem could potentially be Mother Earth through my eyes seeking revenge upon humanity for what we have done to her planet. 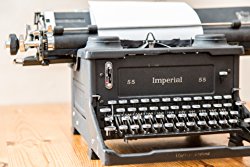